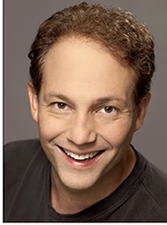 Philip is an actor, director, and teacher.

Co-Executive Director: Throughout the years Kim has worked as an actor, director, teacher, producer and writer. Kim grew up in Houston, Texas where she studied acting and directing at the University of Houston (BA Theatre, Summa Cum Laude.) She spent ten years in New York where she was an officer of the New Mercury Theatre Company from 1994 to 1996. She was also the Co-Artistic Director and a founding member of Blue Sphere Alliance East, the sister company to the award-winning Los Angeles theatre company, Blue Sphere Alliance, where she was also a member. Kim began teaching acting in 1999, in Los Angeles – she is the founder of the Kim Tobin Acting Studio here in Houston, which has been in existence since 2009. She has worked and studied continuously over the last 20 years with some of the greatest teachers and actors of our time. Kim has trained extensively in the acting techniques of Konstantin Stanislavski and Stella Adler (Stella Adler Conservatory, with Stella, herself), Sanford Meisner and Lee Strasberg (by teachers who trained directly with these teachers) and also with the current leading teaching professionals in NYC and LA listed below. She has taught Improvisation, audition technique, script analysis and scene study classes from beginning to advanced levels over the last 13 years. While at U of H, Kim trained or worked with Jose’ Quintero, Edward Albee and Sidney Berger (Shakespeare.) While studying in Texas she won an “Actress Excellence” award at the annual Texas College Play Festival in 1992 for her portrayal of Sarah in Children of a Lesser God. She moved to New York in the summer of 1993. During her years there she had the privilege of studying and/or working with Gene Frankel, Seth Barrish, Lee Brock, F. Murray Abraham, George C. Wolfe, James Earl Jones, Kevin Klein and Marian Seldes, to name a few. Favorite Off Broadway and Off-Off Broadway credits include: Sally in the 1995 revival of Sam Shepard’s, A Lie of the Mind, Talk to me Like the Rain…, A Streetcar Named Desire, The Fifth of July, Fool For Love, Savage In Limbo, The Smell of the Crowd, Bed, Bawd & Beyond, Impassioned Embraces (Emotional Recall), Ctrl, Alt, Delete and Trust,as well as the Barrow Group’s production Short Stuff Two and Kim’s original One Woman Show, Inside Out. Kim also spent three and a half years in Los Angeles where she studied with Sandy Marshall and Larry Moss, and where her teaching career kicked off. Some credits during her stay in LA include; The World Premiere of Children of Shame , The Interrogation, Masseur, Baby with the Bathwater, Check to Check, and The Foreigner . Kim can been seen in the films; The Alarmist, The Big Lebowski and Sex Maniac as well as on Sunset Beach.